Two Unicorns and a Woman Riding a Flamingo 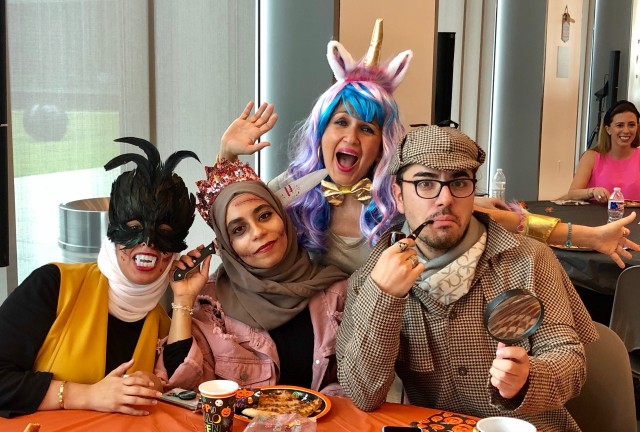 A student dressed as Sherlock Holmes (fourth from left) won second place in the costume contest.

October is here and so are the cooler temperatures, fall festivals and…our traditional Halloween Pizza Party and Costume Contest! Intensive English students and teachers alike wore very original costumes with a wide variety of themes. Among the usual witches and other ghostly characters—La Catrina! A woman with a (rubber) knife through her head!—, we had superheroes and villains, a famous detective (Sherlock Holmes) and a famous dog (Scooby-Doo). Also joining us were two unicorns, two hippies and a woman riding a flamingo. All of these creatures, from the fantastical to the macabre, coexisted in the same room while devouring frightening amounts of pizza and candy. Three of our teachers agreed to serve as judges for the costume contest. They couldn’t make up their minds between Batman and Catwoman, so they both won first place! To wrap up the party, students and teachers danced to “Thriller”, the Halloween-themed super hit from the 80’s. 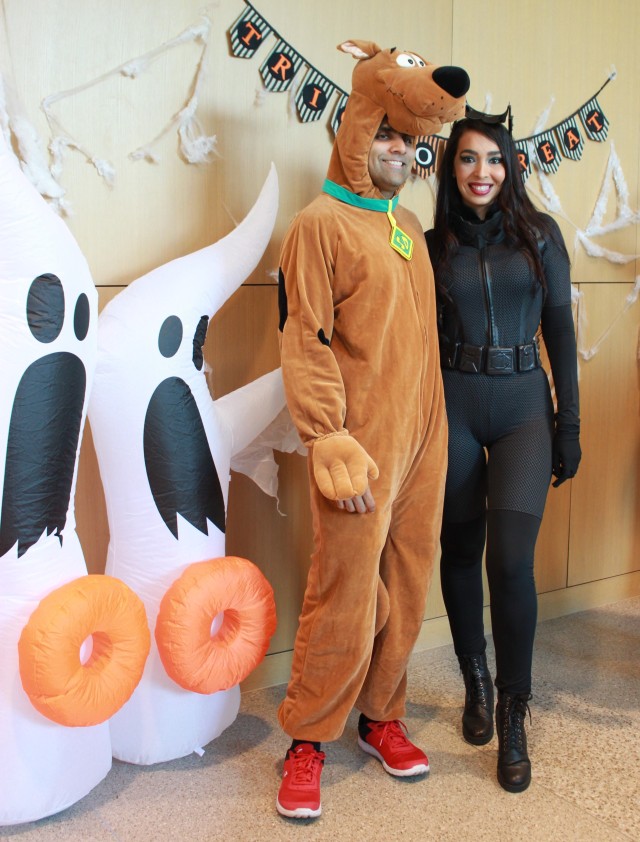 A student in a steampunk-themed costume (left) won the third place. 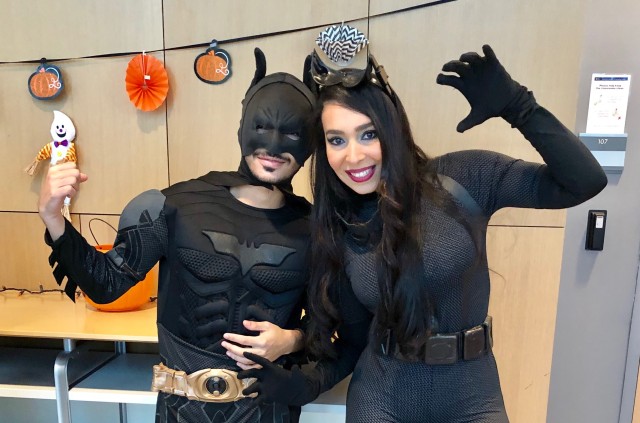 Batman and Catwoman both won the first place!